Philadelphia’s Marathon Grill Hits “The Wall” with a Chapter 11

Posted by Justin A. Saporito 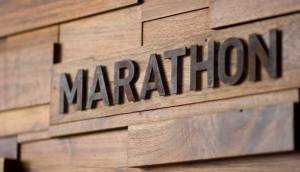 The Marathon Grill began as a 10-seat hamburger restaurant in Northeast Philadelphia in 1984.  It eventually grew into a six location restaurant chain before shrinking back down to operating three locations at 1818 Market St., 19th & Spruce St., and 16th & Sansom St.  The bankruptcies affect the 1818 Market St. location, the largest of the three restaurants.  The filings were made in response to learning that the landlord intended to take possession of the restaurant space over an ongoing dispute over unpaid back rent and fees of approximately $540,000.

Salene: In my younger years as a lawyer at Weir & Partners LLP in Philadelphia (2002-2004), I used to grab many late dinners at the Marathon Grill location at Sansom Street.   It was hip, for sure.   What is the formula for sustainability in the restaurant industry?